Walking the hill in marriage

Suddenly marriage felt doable because we would check in every year. We would ask the hard questions, even when it hurt, and we would hold each other close, even when we were uncertain. 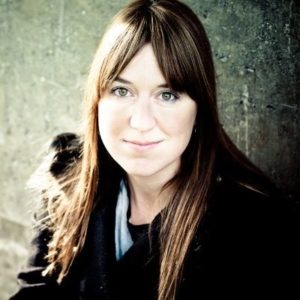 I never knew if I wanted to get married. It felt so unimaginable to tell someone you’ll spend the rest of your life with them without knowing what life will bring you. A family friend told me an Irish myth that gave me so much clarity – and when I shared it with my then boyfriend, he too felt this sense of relief. You mean we don’t have to say forever once and never revisit the topic? You mean marriage doesn’t need to be a wedding where the bride and groom lose themselves in a sea of decisions? Suddenly marriage felt doable because we would check in every year. We would ask the hard questions, even when it hurt, and we would hold each other close, even when we were uncertain.

This myth literally shaped our wedding day – and our anniversary every year since. We got married in Tofino, so instead of ‘walking the hill’, every year, we walk the beach. We talk about what matters to us, what feels hard, what we are missing, what lights us up, what we want more of. We choose a word that will guide our marriage for the coming year, and that beach walk has become a grounding ceremony for us both. Here is the myth the way I remember it:

Once upon a time, there was a village divided by a hill. When two people in the region fell in love and decided to spend their lives together, they were asked to go to opposite sides of the hill at sunrise. As the sun came up, they slowly walked up their side and reflected on the past year. Elders in the village advised them to ask themselves the difficult questions: What have I accomplished this past year? What has hurt me or made me sad? Who and what brings me the most joy? What am I afraid of? What kind of partner have I been? As they neared the top of the hill, two stone chairs became visible. They were told that once they arrived at the top of the hill they were to sit in the chairs, facing each other, and take a deep breath of reflection. The couple was then meant to talk. While no direct advice was giving, many villagers whispered in their ears on the days leading up to their commitment walk, offering advice from their own experiences. “Make sure you ask each other what happens when things get rocky” whispered one. “Ask how you want to raise your children” said another. “Don’t forget to hold hands!”

Seeing as it was a sacred moment between them, no one ever knew the details as to what was said on those days of union, but people did imagine. Legend has it that long ago, the god of the sky and the goddess of the earth sat in those very chairs and imagined what they wanted to create together. Some say the world was born that day. For most, the conversation echoed their own desires and fears, triumphs and failures. Many came with strong convictions and soon realized that convincing the other to live out another’s dream held consequences. This gave way to compromise. The couple would sit in those chairs as long as the light was held in the sky. They knew that they were joining together, and yet they also realized, from their own walk up, that their own individual happiness was vital. As the sun set on the day, they would make a decision. They could choose to walk down the hill together, or apart.

If they chose to walk down apart, their commitment had come to an end. Their conversations would have likely erupted into irreconcilable debate, or they would have outgrown each other. Unable to see eye to eye, they would discuss what it would look like to have separate lives. As much as that scared them, they would try and honour the years that had come before and thank each other for the time and love they had given as well as received. There was a period of mourning following this decision.

If they chose to walk down together, hand in hand, they were making a decision to spend their lives together. Their conversation would have been fruitful, dancing in the possibilities before them and determined to make the other happy while holding onto their own independence. As they walked down the hill, they would bask in the glory of having found another soul who shared in their dreams and respected their fears. They would know that the other held their heart in their hands, and they would be comforted knowing their heart had found a good home. The villagers would rejoice and a celebration would ensue. Laughter and music, words of love and support, smiles and cheers – the couple would be honoured for having come to a sound decision born from love, both for themselves and for the other. And on the same day, one year later, they would walk the hill again.

Every year they would make this same walk, asking questions of themselves on the way up and of each other as they sat together atop the hill. This was how it went, many moons ago. Some traditions have been carried forward, others lost in the passing of time. And yet marriage, in all of it’s complication, continues.